About a month ago, news broke that the latest novel in the Dresden Files series, Cold Days, will be released on November 27th.  Also revealed were the cover design and descriptive blurb:

After being murdered by a mystery assailant, navigating his way through the realm between life and death, and being brought back to the mortal world, Harry realizes that maybe death wasn’t all that bad. Because he is no longer Harry Dresden, Chicago’s only professional wizard.

Of course, it won’t be an ordinary, everyday assassination. Mab wants her newest minion to pull off the impossible: kill an immortal. No problem there, right? And to make matters worse, there exists a growing threat to an unfathomable source of magic that could land Harry in the sort of trouble that will make death look like a holiday.

Beset by enemies new and old, Harry must gather his friends and allies, prevent the annihilation of countless innocents, and find a way out of his eternal subservience before his newfound powers claim the only thing he has left to call his own . . .

His soul.
Well, that sounds cool1. Lots of questions are raised by this, such as who the immortal Harry's supposed to kill is, and whether they're someone, or even a type of someone, we've met before. And it's very interesting that the blurb is already talking about Harry getting out of being the Winter Knight - I would have expected that arc to stick around for another few books, or maybe even until the end of the series.

That cover art is pretty interesting, too - now, in the past the cover art has never tracked too closely to the plot of the novel (it's never been inaccurate, save for that hat, mind you, but trying to divine plot details from the art has usually2 proven futile), but for this one we have a fairly major shift in that Harry's carrying a rifle instead of his staff. So that could indicate that Harry's going to be switching up and/or expanding his tactical repertoire, especially if this immortal person is someone he can't get out of killing.

Anyway, I'm quite excited about this news - hopefully the preview chapters will be up sooner rather than later (rumor is the first to are in the paperback of Ghost Story - I'll have to see if I can scrounge one of those up).

In the meantime, I've been thinking for a while of giving the whole series a re-read, and this seems like the proverbial opportune moment. Hopefully it'll also make for some good blogging! 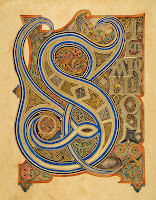 "The cycles should be linked to a majestic whole, and yet leave scope for other minds and hands, wielding paint and music and drama." - J. R. R. Tolkien, letter1 to Milton Waldman circa 1951.

Via Propnomicon comes news of an absolutely stunning Tolkien-related art project out of Germany. Benjamin Harff, as student at the Rhein-Sieg-Akademie for Realistic Visual Arts and Design, created for a class final one of the most beautiful copies of The Silmarillion I've ever seen: 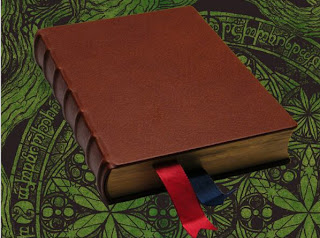 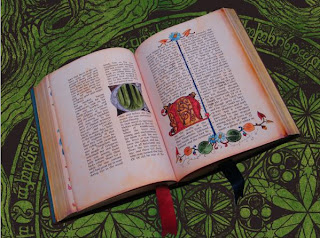 In this interview, Harff gives some details about the creation process - it took him about a year to complete, first doing all the calligraphy by hand, then digitally combining it with the full Silmarillion text and creating the leather cover (which was professionally hand-bound) of what he calls the "Edel-Silmarallion". I hope Harff's professor was as impressed as I am! 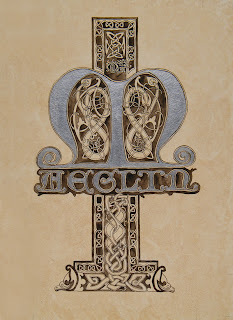