Who knows what evil lurks in the hearts of men?

Pulp enthusiasts of all descriptions will recognized the introductory catchphrase of The Shadow, dark vigilante and superhero precursor. Indeed, although it's been ninety years since the first appearance of the character, he still has a loyal following. One example of this is the excellent, if irregular, Shadowcast, whose fifth episode earlier today was a welcome surprise:


Ostensibly covering the first appearance in The Shadow (and indeed anywhere) of a supervillan, host RazorFist covers a wide spectrum of Shadow lore. I was particularly interested in his discussion of how The Shadow's primary author, Walter B. Gibson, apparently had an elaborate filing system that he used to control continuity, thus enabling the Shadows intricate cast of recurring characters. Also of note was the description of the way Gibson used his background as a stage magician to inform his writing, particularly in the climax of the story under discussion, The Voodoo Master.

For those who are less familiar with The Shadow in general, or have hitherto been unaware of this podcast, I encourage you to start at the beginning and enjoy a celebration of an iconic hero by a knowledgeable and entertaining critic - even without his customary use of, shall we say, "colorful metaphors". 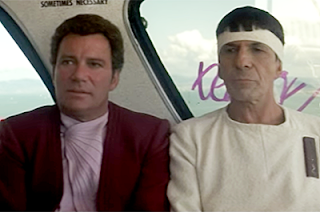